Babolat Air Viper is an upgrade of the classic Babolat Viper Carbon. The bat has become 15 grams lighter, which means that it weighs only 355 grams and will reduces damage to the elbow. The bat has not lost speed on the contrary, they have managed to utilize the new technology to make the bat even more explosive compared to the Viper Carbon model. In addition, they have further developed their 3D spin surface which has become more rough, which makes the bat have a better grip on the ball and better control in the shots. Babolat has also worked to remove the vibrations from the bat after you hit the ball as they can cause damage to the arm. Due to the hard playing surface they have implemented the VIBRABSORB System which makes it more comfortable to play with.

All in all, Babolat has made a good upgrade with this bat. 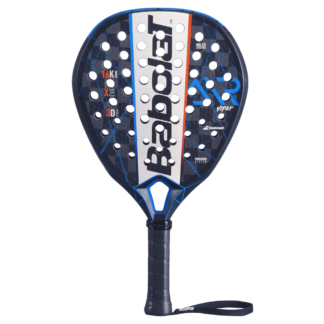